•  Middle income families most negatively affected – many will move to Oregon 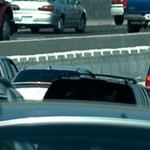 Seven years of construction of a new bridge, with light rail, will be devastating to local businesses and citizens. When one pictures in their mind the year after year congestion and construction mess—then the choice of the word devastating starts to become real. All of this is especially difficult when we consider the wonderful progress downtown Vancouver has made in the last 15 years. Specific examples of this CRC disruption include:

For Further Details on Local Impact

Tolls will take away money from our local economy