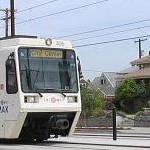 Light rail has a connection to most of the problems with the CRC’s plans—and in many cases a large connection. The persistent inclusion of light rail in the CRC project stems from progressive transportation ideology—as literally no practical planning evidence supports light rail. Vancouver citizens seem to get this as they have voted in a number of measures to stop light rail funding. The situation may have best been summed up when the Oregon’s Supreme Court decision stated that the massive CRC project is only a “political necessity” to persuade Clark County residents to accept a light rail line to Vancouver. Specific problems with light rail in a bridge solution are:

For Further Details on Light Rail in CRC Plans